Thanks for reading! I hope this little short has brought you a smile.

This is a standalone episode featuring the main characters from The Jack Hansard Series. If you’re new to Hansard and enjoyed this story, you can read the full twenty episodes of Season One right here.

If you’re already a Hansard fan, this story is meant as a small gift. I know it’s been an age of waiting for Season Two to appear, and that the self-publishing process for Season One is taking up a lot of my time. I want to reassure you that progress is being made: old words are being formatted, and new words are being written. And in the meantime I hope I’ve been able to provide some good humour in the middle of this peculiar moment in history.

I want to say a heartfelt thank you for sticking with me for so long, and for continuing to give me the confidence to take this whole story further. Your comments and messages have really touched me, and it’s an honour to know so many people have read and enjoyed Jack’s misadventures so far. I want to do right by you.

I’ll keep updating through the blog as more news on the series becomes available.

Take care, and look after yourselves in these strange times.

P.S. I wouldn’t have anything against Mansfield if it weren’t for that one time when I tried to travel through it with a bunch of friends, in order to get to somewhere else. But the roads… Wouldn’t. Let. Us. Leave.

Days passed. Years. We grew old circling the same roundabouts. Our escape was engineered by tricking a Wrong Turn into becoming the right one by answering a riddle about the Highway Code.

I’m convinced Mansfieldians live inside a crack in the space-time continuum.

If you enjoyed this story, you can support the author for the price of a coffee.

Dominique Lane has been the An Inspired Mess artist since the website’s creation – and she’s behind every piece of Jack Hansard artwork you’ve come across. If you follow my Facebook or Twitter channels then you’ll have seen all the previews, behind-the-scenes, and extra illustrations that she’s created. Right now, Dom is working on the book cover design for Season 1 of The Jack Hansard Series. (Yup, we’re publishing.)

So it’s about time that she had a proper introduction, don’t you think? 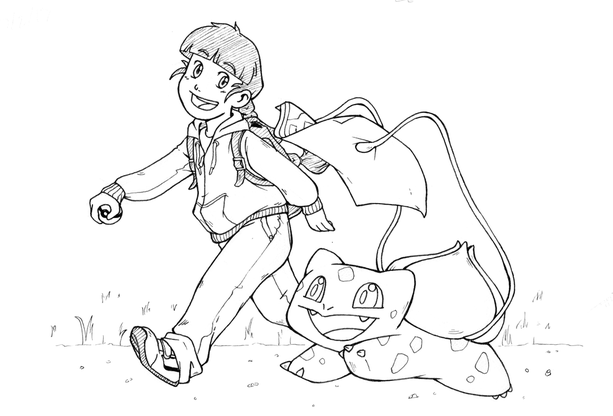 Dom and I go waaaay back. We met in high school and were both the right kind of weird. We split to different ends of the country for university, but our weird followed us around and made sure we were never too far from each other in spirit. She studied Computer Animation and Special Effects to get a formal qualification to tell the world that she was able to do the thing she has always been able to do: make art like a badass. She now lives the happy (but poor) life of a freelance artist. Let’s ask her what that’s like…

1. Hey Dom, what’s it like being a poor freelance artist? 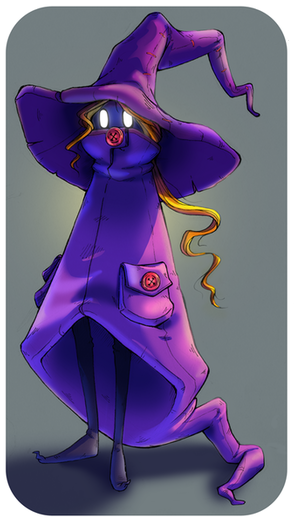 “Honestly? It can sometimes suck! It takes a lot of hard work and the ability to meet tight deadlines. But if you’re very organised and confident, I think you might be able to turn it into a steady job. My first freelance work came to me out of pure luck, but those opening jobs turned into repeat customers. Getting that initial experience can be the hardest – but most important – part.

Not that there’s a long line of people knocking on my door with projects, by the way. I enjoy having a lot of free time, but that isn’t very ‘adult’. And I don’t have quite the same freedom I wish I could have with a big bank account…”

2. What’s your favourite project been so far?

It’s difficult to say what my favourite job has been. I’ve done quite a lot of storyboard projects that illustrate how a concept would work in practice – and there have been a couple I was quite excited to work on because I’m a big fan of the franchise. I was super excited to storyboard a project that was related to Halo 5 early on in my career.

One of the most enjoyable was a project that asked me to design two playable characters for a phone app – which is now live in Dubai. I’m particularly proud of that one! 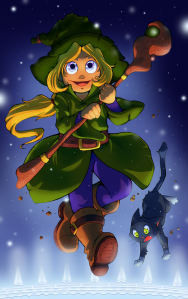 Ha, that’s a bit of a difficult question. I don’t think there’s a single name that I’d pick out above others.

Back in school I was really into anime (you’ll know this, Georgina) so that was one major influence on my art while growing up. I started by mimicking Sailor Moon to – well, every other anime out there? By college I’d developed different cartoony art styles which continued into university. It wasn’t until I started to really push myself out of my own comfort zone that I began to improve.

Since then I’ve drawn inspiration from countless artists and works – if I encounter a new, even completely unknown artist that inspires me, I try to learn from their style. It’s not about copying, as I used to at school. It’s about understanding how they draw and learning to evolve my style to match.

5. Do you have a favourite style or medium to work in?

I’m not sure about a favourite style: I certainly have one I’m comfortable in that I tend to drift back into when I’m doing super rough sketches. These days I try to push myself towards a more realistic art style. All about pushing out of that comfort zone, y’know?

I usually work with Photoshop, mainly because it’s quicker. I’d like to spend a lot more time doing watercolours though. I find even if a watercolour is done terribly, it still somehow looks lovely! 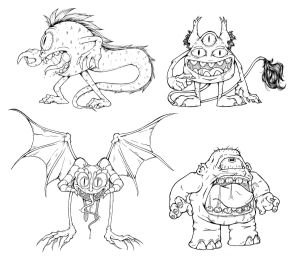 6. What advice would you give to other aspiring artists?

The same advice that I ignored for ages! Suck at cars? Draw some cars. Suck at faces? Draw the hell out of dem profiles and 3/4 views!

Seriously, push yourself out of your comfort zone. When I finally made the effort, I improved leaps and bounds in skill. It also improved my confidence – which is the main thing that often holds me back.

I’m still far from perfect; I still have a lot to improve on. It SUCKS that it’s a slow process, but it’s worth it to build yourself up to a level you can be proud of.
Also, be kind to yourself. If you want to get yourself out there, join some online communities for support. And don’t get discouraged if you’re not becoming famous in a few months, it takes a bit longer than that ;D 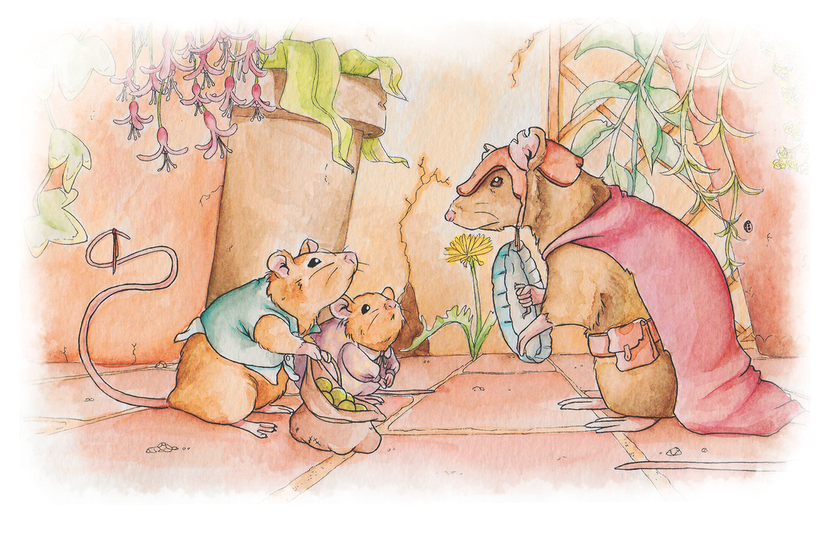 All images in this post belong to Dominique Lane. If you want to see more of Dom’s work, check out her portfolio and her recently opened shop!